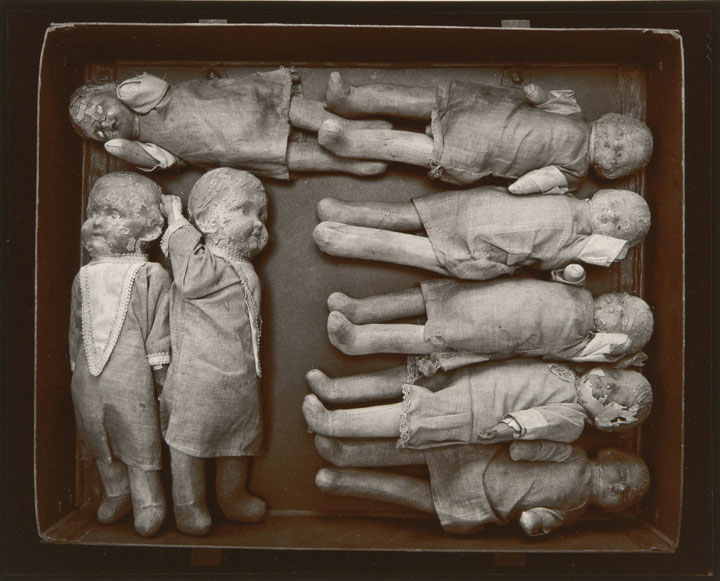 Olivia Parker was born in 1941 in Boston, MA. After graduating from Wellesley College in 1963 with a BA degree in art history, she began her career as a painter. She later was attracted to photography in 1970. Mostly self-taught, she usually constructs what she photographs in her studio.

Most of her photographs are fundamentally still lifes inspired by those painted in the traditional Dutch, Flemish and Spanish 17th-century style, with their torn petals, sumptuous but imperfect fruit, and improbable insects.

Parker feels that photographic still lifes are still an open arena precisely because of those intrinsic qualities of this contemporary medium that distinguish it from painting. She feels that the objects she chooses to photograph--whether alive or dead--are all signs of life. She is drawn to the implication of visual edges: the swollen limits of a ripe pear touching a hard line or light downy feathers, confined by a metal grid. Her photographs ask viewers to continually reevaluate their meaning by never truly defining where the eye comes to rest.

As she says about her work and its influences, "The study of art history plus my early experience made me into a voracious watcher whether I am in a museum, a busy street, the mountains or a junkyard. As a result I have taken in so much visual material that it is hard to say what sources have influenced me. I believe that I have internalized a great deal of visual information. Some of it must be influencing my work, but I can't explain it verbally.

Olivia Parker has had more than 100 one-person exhibitions in the United States and abroad, and her work is represented in several major private, corporate and museum collections, including the Art Institute of Chicago, the Houston Museum of Fine Arts, the New York Museum of Modern Art and the International Museum of Photography at the George Eastman House. Other selected museum collections include: the Boston Museum of Fine Arts, the California Museum of Photography, the Fogg Museum at Harvard University, the Atlanta High Museum, the Israel Museum, the Princeton University Art Museum, the Rhode Island School of Design Museum, the San Francisco Museum of Modern Art, the Tokyo Fuji Art Museum, the Victoria & Albert Museum and the Yale University Art Museum.